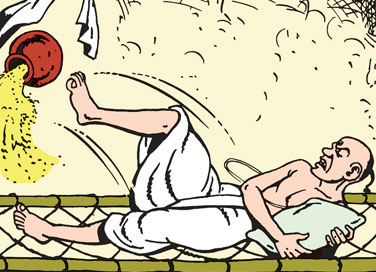 Who Wrote The Panchatantra?

A long time ago, there was a king called Amarashakti. He ruled the kingdom of Mahilaropyam in southern India. He had three sons, Bhaushakti, Ugrashakti and Anantashakti, who were not the sharpest tools in the shed. This was something the king wanted to change, so that they would become worthy of ruling the kingdom someday. However, there was very little hope of this happening, as the three princes were quite averse to the idea of learning.

One day, the king heard of an Indian scholar named Vishnu Sharma. With hope in his eyes, the king approached him and asked if he would take on his sons as his students and teach them some valuable life lessons. Vishnu agreed to the king’s plea and promised to educate them in six months. When Vishnu started the princes’ education, he quickly realized that traditional modes of teaching will not work with them, given their rather limited attention span and tendency to get bored easily. So, in order to make them learn, Vishnu Sharma decided to leverage the power of storytelling. He wrote down simple moral stories, segregating them into five books that he called the Panchatantra, pancha meaning ‘five’ and tantra meaning ‘principles’.

Book One: Mitra-bheda – The Loss Of Friends

The longest of the five books, this book contains thirty fables. They talk about the importance of the different causes that lead to breaking up of even the strongest of friendships.

This series contains ten fables, which convey the importance of allies. It shows how the right friendships can circumvent all odds and help us prosper in life.

Comprising 18 fables, this series focuses on war and peace. The stories underline how a battle of wits is mightier than a battle of swords.

With 12 fables inside, this book talks about the ill-effects of decisions taken in haste.

Every story in this collection spoke about different moral values that an upstanding citizen would abide by. His stories were so powerful, even today, millennia later, the lessons conveyed in each of these can be easily applied to various real-world situations. As for the three princes, they were so enamoured by Vishnu Sharma’s stories they inadvertently ended up learning a lot, fulfilling their father’s wish of becoming dependable leaders.

Read the vivid retellings of Panchatantra tales from our huge digital library now accessible on the ACK Comics app and Kindle. 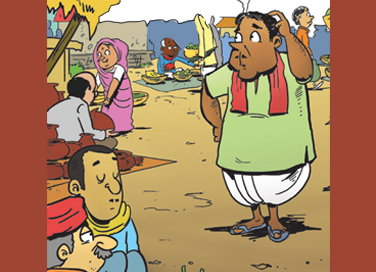