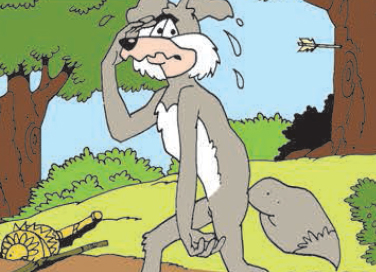 There once was a hungry jackal named Gomaya who had not eaten for many days. As he wandered the forest in search of food, he came upon an old battlefield. Suddenly, Gomaya started to hear the scariest of sounds. “Whirrrr!’ “Whoooosh!” “Booooooof!”

Gomaya decided to run away before he got attacked and took off, the scary sounds chasing after him!

As Gomaya ran, he thought to himself, “Why am I running? What if it’s nothing?” So he crept back, trying to be brave.

To his astonishment, the terrible sounds were coming from a harmless, old war drum. The low branches of a nearby tree were swishing against it, making the racket. Near the drum was plenty of food lying around as well. Gomaya thanked his lucky stars that he didn’t let the old war drum scare him off!

“What a fool I’d have been if I’d let a silly old war drum cheat me out of all this delicious food!”

So you see, fear of the unknown brings no gain! 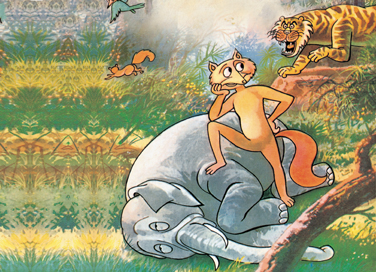 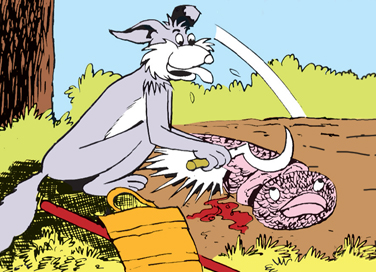 The Jackal And The Otters

A story from the Jataka Tales that highlights the importance of trust in dear ones. 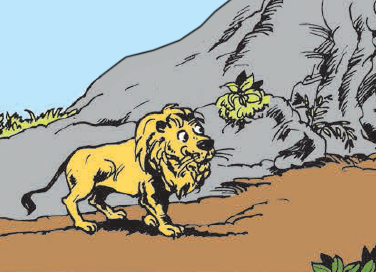 The Lion and The Jackal

Have you read the story of the silly lion Kharanakhara and the clever jackal Hasya?