Sanskrit Stories You Should Know

Sanskrit is one of the oldest Indian languages, equivalent to what Latin is to Europe. The earliest writings in Sanskrit were the Vedas. Composed between 2000 BCE and 500 BCE, they form the basis of Hindu philosophy. Both the great Indian epics, the Mahabharata and the Ramayana were written in Sanskrit between 1200 BCE and 200 BCE. These epics have inspired innumerable literary works through the centuries and up to present times.  Here are some classic Sanskrit literary works that everyone should know.

The text for this classic work of the enigmatic writer, Bhasa, was long considered lost, until it was discovered in Kerala in 1912.

Udayana, the king of Vatsa, falls deeply in love with Vasavadatta, the princess of Avanti, eloping together, and returning to his capital, Kaushambi. Post the wedding, Udayana becomes so besotted with his new wife that he starts neglecting his royal duties, causing the kingdom to suffer. In addition, a hostile enemy seems poised to attack Kaushambi.

Udayana’s loyal minister, Yaugandharayana, decides that Udayana needs to form an alliance with a strong neighbour, but for that, he would have to marry the princess of that kingdom. Knowing how much Udayana loves his queen, and desperate for a solution, Yaugandharayana takes Vasavadatta into his confidence and comes up with a plan. But for the plan to work, Vasavadatta needs to die!

The real Udayana was a historical king of Vatsa, near today’s Allahabad, and a contemporary of Buddha. His capital was, like the story suggests, at Kaushambi. His character appears in a lot of the literature of the time, as does that of his wife, Vasavadatta. There is a huge collection of stories called the Kathasaritsagara, which contains accounts of Udayana’s military exploits.

The plays Ratnavali and Nagananda were written by Emperor Harsha, who ruled a vast kingdom in 7th century CE, spanning most of present-day North, West and Eastern India He was not only a great warrior but also a gifted poet and playwright.

In Ratnavali, Harsha takes a stab at retelling Bhasa’s tale. Ratnavali is the story of the romance between King Udayana of Kaushambi and the eponymous princess. Udayana is married to Queen Vasavadatta, and the play contains an elaborate plot to convince her to agree to his marriage to her cousin, Ratnavali. Udayana is the protagonist in another of Harsha’s plays called, Priyadarshika. This time, the subject is the marriage of Udayana to a princess named Priyadarshika.

Harsha’s Nagananda tells the story of Prince Jimutavahana, a Bodhisattva, or a previous incarnation of Buddha. The story is taken from the Jataka tales but features Hindu gods like Gowri, Shiva’s consort, and Garuda, Vishnu’s mount. The play combines not just the mythologies of Buddhism and Hinduism but also the philosophies, as is evident in events such as when the newly-married prince, Jimutavahana, decides to give up his own life to save that of a Naga, thinking it is the right thing to do.

Vasantasena is a retelling of the play Mrichhakatika, meaning ‘The Little Clay Cart’ by Shudraka. Little is known about Shudraka, except that he is thought to have been a king.

The Vasantasena in this story is not the same as Udayana’s queen from the earlier entries in this list. Here, Vasantasena is a dancer in the court of King Palaka of Ujjaini, who falls in love with the poor but noble Charudatta. Unfortunately, for her, Samasthana, the king’s powerful and evil brother-in-law., also has an eye on her, and isn’t too happy about her affair with Charudatta. Eventually, there is an attempt on Vasantasena’s life, with the blame being thrown on the innocent Charudatta, who is declared guilty and set to be executed. Thankfully for him, at the very last minute, Vasantasena re-emerges, saving his life, and exposing Samasthana’s wickedness to the world at large. 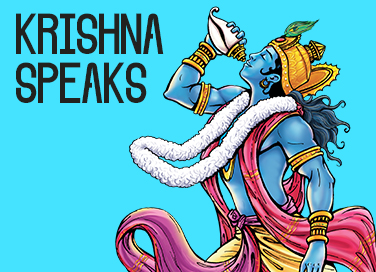 This quote reminds us of the importance of dedicating every act to God. 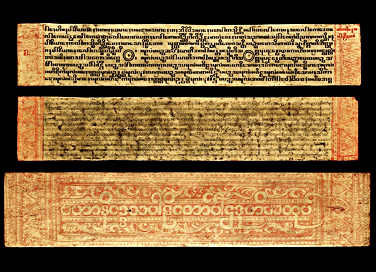 What is Pali literature?

Primarily concerned with the Theravada sect, it played a huge role in the spread of Buddhism.