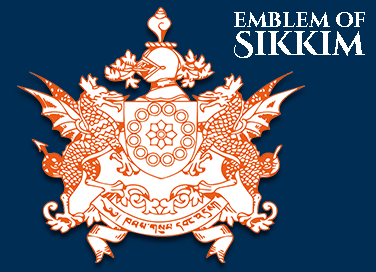 The Story Of Sikkim

An ancient mountain kingdom that sits aloft the snow-capped Himalayas, Sikkim is the perfect antidote to the wanderlust-stricken traveller, with its tall alpine forests, traditional Buddhist monasteries, and warm and welcoming people. It is also home to the third highest peak in the world; the majestic Kanchenjunga. The state, which became a part of India in 1975, has been of utmost importance to the country because of its strategic location, sharing several important international borders with countries like Tibet, Bhutan and Nepal.

Sikkim is home to a harmonious co-existence of Tibetan-Buddhism and Hinduism, two very culturally rich religions. Legends have it that the fabled Yeti is believed to have roamed the hills of this mountain kingdom. This is not surprising, given that the storied history of the region that can be traced as far back as the 13th century.

The state’s name is derived from a Nepali expression, ‘sukhim’, which translates to happiness. The earliest known inhabitants of this land were of the Lepcha tribe who assimilated several other tribes from the neighbouring region, becoming native inhabitants of the state. Soon, a Himalayan ethnic group called the Bhutias began to migrate southwards from Tibet into Sikkim. In 1642, the Chogyal dynasty had established its rule with Phuntsog Namgyal as their king. The state was mainly ruled by spiritual tribal......