The Story of The Pav

The soft, fluffy pav, which pairs up deliciously with bhaji, vada, misal, and more, travelled all the way from Portugal to Goa before landing in Bombay (known today as Mumbai).

There are many legends behind the origin of its name though.
Some say that pav came as a set of four. Pav in Marathi means one-fourth, so a quarter of a loaf was equal to a pav. Another story attributes the name to the way the bread was made; the dough was kneaded with the feet or ‘paon’. However, most believe that pav is just a local adaptation of the old Portuguese word ‘pão’ which means bread. 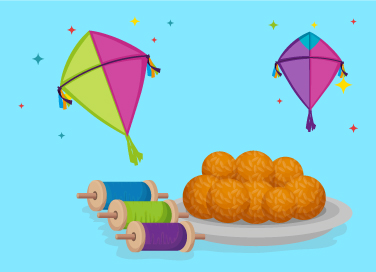 Why is Tilgul given on Makar Sankranti?

Read all about the delicious sweet that makes Makar Sankranti all the more fun!