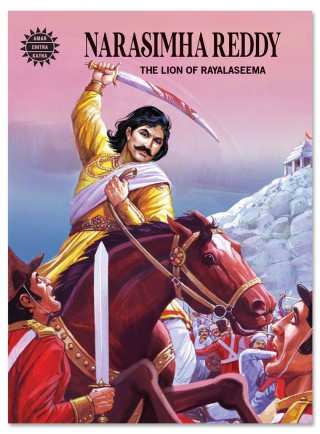 The story of Uyyalawada Narasimha Reddy is set in the turbulent years of the 19th century when the East India Company was slowly increasing its stranglehold over India. It is the story of one man’s indomitable spirit against a system which was cold and ruthless.

Born with a questioning mind, the young Narasimha could not fathom how a foreign nation could suddenly be telling his people how to live. His questions led him to the wise sage, Gossayi Venkanna, who saw in the boy his own fire and fervour. He trained Narasimha into a lethal war machine and sent him out to rally the people of Renadu (known now as Rayalaseema) to fight against the oppressors.

‘Narasimha Reddy’ is available on the Amar Chitra Katha app, as well as Amazon, Flipkart and other major e-tailers.