It isn’t often that one receives the coveted title of ‘Marshal’ of one of the strongest air forces in the world. The Indian Air Force officially has only one veteran fighter pilot who has ever been awarded with this prestigious title, the senior air officer, Arjan Singh. He was the first and the only officer to be promoted to five-star rank as Marshal to the Indian Air Force. An iconic leader who always led his squadron from the very front, Marshal Arjan Singh’s legacy is an indispensable part of modern Indian history. 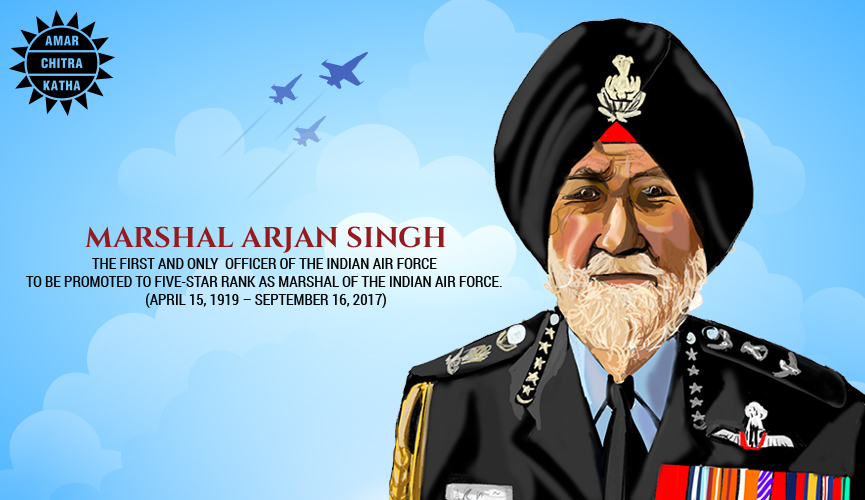 Born on April 15th, 1919 in Lyallpur (present-day Faisalabad), Arjan Singh completed his education from the Government College in Lahore as an all-rounder. He headed the college swimming team and set several university-level records for swimming. His talent and vigour resulted in his acceptance into the Royal Air Force College, Cranwell, in 1938 at just 19 years of age. He carried his athletic prowess even to college where he led the swimming, athletics and hockey team. When war broke out in early 1939, Singh’s training was cut short and he was immediately assigned to Squadron 1 in Ambala.

After being assigned his initial squadron, Singh was moved around to different regions in the North-West frontiers. He, however, had the strong urge to overtake the Japanese attacks on the Imphal-Kohima frontiers. It was during this period that he encountered several near-death experiences.

One of the most significant events that unfolded during the war was during his posting in Imphal in 1943 as squadron commander. When the Japanese laid siege to the Imphal valley, it was under Singh’s leadership and sharp vision that the squadron was able to retaliate against the Japanese troops. For his exemplary leadership skills, he was awarded the Distinguished Flying Cross (DFC) in June 1944, by Lord Mountbatten. 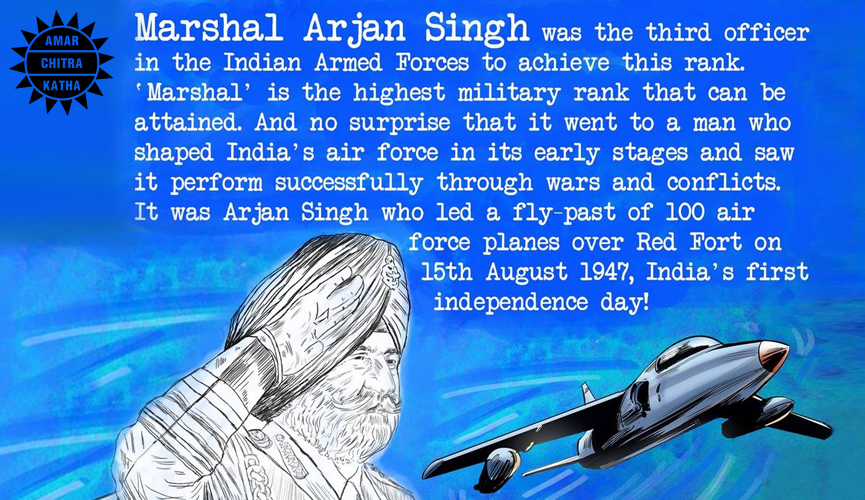 Independent India and the Partition

When India celebrated its independence on August 15th, 1947, Singh, who was moved up as Group Captain, led the flight display past the Red Fort in Delhi. As India prepared its troops for the partition that followed, it was Singh who led the airbase at Ambala successfully. He went on to complete his training, not once allowing his vast experience and military expertise stop him from learning more constantly.

Singh served as the Chief de Mission or the representative ambassador of the Indian contingent during the 1965 summer Olympics in Melbourne, Australia!

Singh’s multi-faceted personality and his strong leadership qualities made him the perfect candidate for the government position as the Chief of Air Staff, a role he took up, officially, in 1964. In the year that followed, Pakistani troops breached the LoC and infiltrated Jammu & Kashmir illegally with their forces. This marked the beginning of the first Indo-Pakistan war, resulting in full-scale conflict between the two countries

Pakistan launched Operation Grand Slam which was a series of planned airstrikes targeted at specific villages in the Kashmir valley. The Indian Air Force responded successfully to these sudden attacks through several strategic counter-attacks planned on a moment’s notice, despite enduring some losses early on. The IAF avenged the fallen comrades under the calm and decisive leadership of Chief Arjan Singh. The war came to an end when both countries agreed on a ceasefire in the region in the month of September. For this near-impossible feat, Singh was awarded the prestigious Padma Vibhushan.

After serving as the Chief of the IAF for almost 5 years, Singh retired as the Air Chief Marshal at the age of 50 in the year 1969. Singh was a man who always kept busy and found ways to constantly contribute to his nation. It was during this time, shortly after his retirement, that he was appointed as the Indian Ambassador on several expeditions across the globe, from Switzerland to Kenya, all in a span of ten years.

In 1989, he was appointed as the Lieutenant Governor of Delhi by the then President K.R Narayan. He served this position for a year till he turned 71 and subsequently retired once again. His health began deteriorating at the wake of the new century and continued to be poor during his final years.

Despite the several health issues that he faced, he lived up till the age of 98 and succumbed to a cardiac arrest in 2017 at his home in New Delhi. His death was mourned deeply by the IAF and the government at the highest level, including Prime Minister Modi and President Ram Nath Kovind.  A special funeral was conducted with full military honours and IAF fly pasts as the national flag flew at half-mast in New Delhi.

It was Singh’s legendary leadership, grit and power that helped him survive some of the most tumultuous events in global history, to engage with them successfully, and to lead the nation to safer and stronger frontiers without fear. His life and his legacy will always stand as a powerful testament to the bravery and valour of the brave soldiers and fighter pilots who guard the skies every single day. We salute his wisdom and bravery!

By Dheer Sanghi  Azimullah Khan, also known as Krantidoot Azimullah Khan (Krantidoot meaning ‘Ambassador of Revolution’ in Hindi), lived a storied yet somewhat obscure life. Born on 17 September, 1830, Khan assisted in the Indian Rebellion of 1857. Being only a child during the famine of 1837-38, Azimullah Khan had to be rescued alongside his […]