As per the Gregorian calendar, New Year’s Day is celebrated on the 1st of January every year. However, in India, this is not the only New Year we celebrate! Different regions and religions in our country celebrate New Year at different times of the year, and it usually coincides with the beginning of the harvest season. Here are some of the most popular Indian New Year Festivals that we look forward to this year.

Indian Calendar Day: First day of Vaisakha as per the Hindu lunisolar calendar

Other significance: The day is very important for the Sikh community as it also marks the birth of the Khalsa order established by Guru Gobind Singh. Historically, Baisakhi has been significant, as this is the day that Ranjit Singh was proclaimed the Maharaja of the Sikh empire in 1801. This is also the day on which the Jallianwala Bagh Massacre took place in 1919.

Celebrations: On this day, Sikhs celebrate by attending devotional kirtans, visiting Gurudwaras and raising the Nishan Sahib flag. Baisakhi is a day of joy, to be spent socialising with family and friends, feasting on special festival foods.

Indian Calendar Day: First day of the fortnight after Amavasya (new moon), in the month of Chaitra

Celebrations: The night before, Kashmiris prepare a plate or thali filled with rice, curd, bread, walnuts, silver coins, a pen and inkpot and an astrological almanac of the new year. This plate is the first thing that is viewed on New Year’s Day, in the early hours of the morning. This day is also dedicated to Goddess Sharika and families visit temples to offer prayers and turmeric rice to the deity, as an auspicious start to the new year.

Other significance: Apart from being the first day of a new year, Cheti Chand also marks the birth of Uderolal or Jhulelal, an important deity of the Sindhi community.

Celebrations: This day is celebrated with the organisation of fairs, feasts and processions honouring Jhulelal. Some Sindhis also prepare Baharana Sahib, which consists of a lamp, some sugar, cardamom, fruits, flowers, kalash, coconut, and a statue of Lord Jhulelal. This Baharana Sahib is meant to be seen as a representation of Jhulelal and is taken to a lake or river.

Indian Calendar Day: First day of Chaitra as per the Hindu lunisolar calendar

Other significance: Gudhi Padwa celebrates the arrival of the spring and the reaping of the Rabi crops. It is also linked to the mythical day on which Lord Brahma created the universe.

Celebrations: On this day, Maharashtrians erect Gudhis and perform pujas or participate in processions. ‘Gudhi’ refers to the staff or flag, which is wrapped with garlands, mango and neem leaves and has an upturned copper pot on top. The Gudhi symbolises different things such as the victory of King Shalivahana, the Brahmadhvaj mentioned in the Brahma Purana, and is also used to ward off evil and invite prosperity into the home. This day is meant to be celebrated with family members, exchanging sweets, wearing new clothes and cooking special delicacies, like Srikhanda Puri or Puran Poli.

Celebrations: Traditionally, Malayalees prepare auspicious items, like golden blossoms of the Kanikonna tree, silver objects, cloth, rice, coconuts, fruits, etc., which are to be viewed first thing in the morning on Vishu. Children also burst crackers and receive gifts and money from elders. The special feast, Sadhya, is prepared on this day which consists of vegetarian dishes like avial, thoran, Vishu katta and many more served on a banana leaf.

Indian Calendar Day: First day of Chaitra as per the Hindu lunisolar calendar

Other names: Yugadi, from Sanskrit ‘Yuga’ (age) and ‘adi’ (beginning)

Celebrations: Drawing colourful patterns called ‘muggulu’, decorating doorways with mango leaf ‘toranas’, exchanging presents and giving to charity, preparation of the Ugadi Pachadi – a special dish that combines all flavours – sweet, salty, bitter, sour, astringent and piquant. The dish is meant to remind people to expect all flavours of life in the coming year.

Indian Calendar Day: First day of Chithirai according to the Tamil calendar

Gregorian Calendar Date: Since the Islamic calendar is 12 days shorter than the solar calendar, the Hijri New Year changes every year.

Other Significance: Muharram marks the migration of the Prophet Muhammad from Mecca to Medina. The day of Ashura, which is another holy day of remembrance, also falls soon after Muharram.

Observances: Muharram is one of the four sacred months as mentioned in the Quran. The month is treated as a time for prayer and reflection. Muslims abstain from celebrating festivals and a lot of people fast during this month. Muslims generally visit mosques to pray for the new year and may also cook sweet rice to share with family and friends on this day.

Other significance: Apart from being the start of a new year, Pana Sankranti is also celebrated as the birthday of Lord Hanuman.

Celebrations: Odia people visit temples of Hanuman, Shiva and Surya on this day, to receive blessings for the coming year. People also fill up an earthen pot with water and make a small hole at the bottom. This pot is placed above a Basil plant, and the pot keeps dripping water on the plant. Bela Pana, a drink made from milk, the bel fruit and spices is a trademark of this day.

Indian Calendar Day: First day of Bohag, as per the Assamese Calendar

Celebrations: This festival is celebrated by the Assamese people over the course of four days, each day signifying something different and with different celebrations. The first day is called the ‘Manuh Bihu’, which is dedicated to elders of the community and ancestral spirits. The second day is ‘Kutum Bihu’, on which people socialise with family and friends and organise feasts. The third day is ‘Mela Bihu’, on which Bihu is celebrated through outdoor cultural events and fairs. The last day is called ‘Sera Bihu’, and people are meant to contemplate the coming year and make resolutions for the future.

Other Significance: This day technically also marks spring equinox, according to the Persian calendar. However, since the Shahenshahi calendar does not account for leap days, this day has shifted about 200 days away from the original Nowruz of springtime.

Celebrations: The Parsi community in India celebrates this festival by cleaning and decorating their homes with flowers and rangolis, and inviting friends and family to celebrate with them. People also visit the Fire Temple and conduct a prayer called Jashan to thank the Lord and ask for prosperity in the new year. Dishes like Pulav, Sali Boti, Sweet Ravo, etc. are traditionally consumed on this day. Parsis also believe in making philanthropic contributions on this day.

Other Significance: The festival of Haal Khata also falls on this day, on which Bengali traders and businessmen settle the year’s accounts and start a new ledger for the new year.

Celebrations: Gujarati businessmen close their account books on this day and start new ledgers for the new year – a ritual called Chopda. Goddess Lakshmi is also worshipped in Chopda Puja, to make the coming year prosperous and profitable. Apart from that, people also decorate and clean their homes and meet with friends and family to celebrate together. Children set off fireworks and seek blessings from their elders. Families also visit temples to pray for the coming year.

Hebrew Calendar Day: First day of Tishrei, the seventh month of the ecclesiastical year of the Hebrew calendar

Other Significance: Rosh Hashanah commemorates the creation of the world and marks the beginning of the Days of Awe, which is a 10 day period of introspection and repentance.

Observances: On Rosh Hashanah, Jews consume symbolic foods such as apples dipped in honey, to signify the sweet new year. Customs change depending on local practices, but other symbolic foods are dates, black-eyed peas, leeks, spinach, gourd, etc. Jewish people also use this time to reflect on the past year and pray at the synagogue. 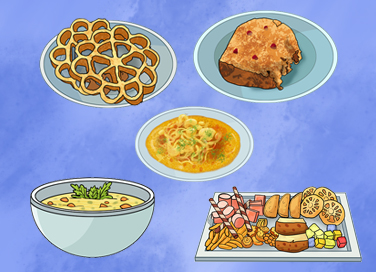 Read all about 5 interesting Indian delicacies that are prepared during Christmas time. 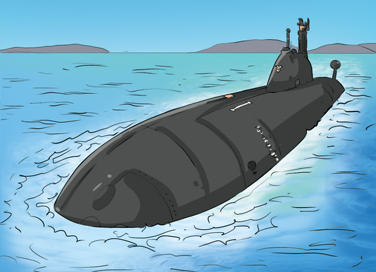 Read all about the history of submarines in the Indian Navy, from the past to the present. 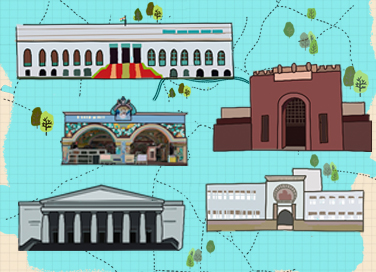